PixWords Scenes is made in the trivia genre with very addictive gameplay. In this game you need to guess the words for the proposed picture. The image in this game contains a broad range of characters, objects, persons, patterns, birds, animals, themes etc which give the needed hints.

As said earlier the level number is random, but the image you are blocked right now should be this one: 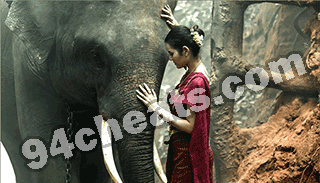 It’s time to get the answers to this image, if you still can’t find them all.

Pixwords Scenes level 145 answers:
All words: Chain, Asia, Flower, Elephant, Arm, Tusk, Gray, Soil, Trunk
Only some of the above words are needed to complete the level.

These were the solutions for level 145, if you want the answers to another level just go to the following link: Pixwords Scenes Answers.

Similar Games.
Well pixwords is really great, but there are a lot of similar alternative games. You should really play Word Blocks, Word Connect, Pictoword, WordCrossy.

This game is available for iOS devices at AppStore and Android devices in Play Store. PixWords scenes is very exciting to play you can train your brain, advance your vocabulary and learn a lot of stuff also this game is offered in 27 different languages.